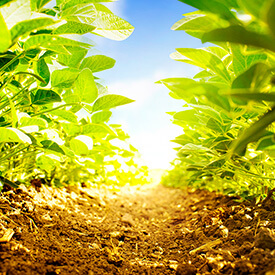 Ed Nienaber
Vice President, Grain Division
The grain markets have recouped all their losses, post USDA grain stocks and prospective planting report last week. If you haven’t had a chance to read the recap in last week’s report, I suggest you check it out on the Heritage Grain website. Grain prices continue to set life of contract highs for this time of year as cash corn has rebounded thirty-five cents on the week and soybeans are up almost a dollar from last Friday’s closing price. On Monday, the weekly planting report will start to show most if not all areas falling behind last year’s progress. With all we have at stake this year, on top of ongoing conflict in Eastern Europe, we can ill afford to have weather issues with this year’s harvest. The weather forecast in the Midwest, as well as final production numbers in South America, will continue to keep the trade supportive. The latest crop report today came in pretty much in line with the trade exceptions. Carryover stocks are pretty much unchanged from last month, although they did increase beans fifteen million bushels. They also dropped the Brazil bean production by two million metric tons to 125.0. We will need to continue to watch how the safrinha corn crop progresses in Brazil. Markets will have a three-day weekend this coming week as trade will be closed in observance of Good Friday.  Hope you have a great week, be safe, and happy Easter holiday.

Wes Bahan
Director of Grain Purchasing
Once again, good afternoon. Another week has flown by. The amount of inbound grain coming into Marysville has finally begun to slow a bit. It sure has been one heck of a winter as far as grain movement. According to the grain stocks report released last week, it will likely pick back up once fieldwork is completed. In Ohio, we had an increase of 50 million bushels of corn and 20 million bushels of soybeans from the same time last year. According to that report, it’s going to be a busy summer of moving grain. We are approaching the middle of April and we have not seen much if any fieldwork completed in the area. I know it’s early, but if we look at the Delta region where they are struggling to plant corn due to excess rainfall, they are not early. We are starting to hear rumblings of acres being switched to cotton or soybeans, so how many corn acres will be lost? The job of the corn market now is to make sure corn gets planted clear up to crop insurance deadlines, and maybe a bit beyond. This is making cash basis levels hold steady until we have a clearer picture of acres and a visual of how the growing season starts. That’s nothing out of the norm for this time of year, but there will be movement one way or another in the next 6 to 8 weeks. We are starting to get a lot of open orders working to sell fall 2022 corn at $7.00, so if you haven’t placed an order and would like to, please reach out and we can help you out. As always, have a great weekend and hopefully we will get more spring-like temperatures next week.

Lou Baughman
Grain Origination, Kenton (Region 1)
The April report is out today. Corn stocks are unchanged from March, beans stocks are down with increased exports, and wheat increased by cutting feed use and exports. The May report will include the new crop numbers.

The Russia/Ukraine conflict is now into week six, and negotiations have not found any solutions. Today the Ukraine government stated that production will be down 20% this year, not the 50% that was stated before, and that is encouraging news.

The U.N. Food Price Index jumped another 13% in March, up from the February record. This is making worldwide government leaders fear food shortages. This could create a situation of food hoarding and will tighten supplies; this phase will likely continue for much of this year and could linger into the next.

Along with the 2022 crop watch and the 2023 crop year, talk with your local grain originator about possibly setting targets for floor prices with upside potential.

Lisa Warne
Grain Origination, Mechanicsburg (Region 3)
Happy Friday! The market has made a nice run this week with old corn gaining 40 cents and new corn 25 cents, both making new highs just today. Soybeans have improved 80+ cents and our wheat bid is up 75 cents since last Friday’s close. Today’s WASDE report from USDA did not contain any significant market-moving surprises. Corn took an initial dip on an unchanged U.S. carryout (1.44 bbu) and a higher World carryout figure of 305 million tonnes (vs 301 last month). Despite those slightly bearish figures, it went back to its pre-report climb quickly. The increased global carryout comes from reducing Ukraine exports and higher Brazilian production. USDA did lower Brazil’s soybean production number, but left Argentina unchanged. Next month’s WASDE report has more potential to be a market mover with new crop estimates, so watch for that on May 12th. Next week is a short trading week with the markets closed on Good Friday. Have a great weekend!

Steve Bricher
Grain Operation Manager, Urbana (Region 3)
The markets have had a good week as prices have continued to climb from where they were in the March 31 report.

Cash corn has been pushed to the highest levels we have seen in nine years. We saw similar corn prices in March of 2013, but by the end of the year, it was back down to $4.00. I am not saying we are headed for $4.00 corn, but things can change very quickly. As prices increase, we are seeing selling of old and new crop corn. It is hard to pass up $6.50+ corn for harvest as a point to get some more coverage on for 2022.

Soybeans have rebounded nicely from the March planting report, and we are back above $14.00 for new crop 2022 soybeans. We have a lot of new soybeans on the books today and the farmer continues to price as we see prices move higher.

The big thing today is the lack of planting across the Midwest. I know it’s early but there is very little activity going on. The cold, wet weather is starting to get a little talk in the markets, but we are well aware that with the equipment on the farm today we can plant a large portion of the crop in 10 days to 2 weeks.

While we are all hoping for nice weather to get started, we know Mother Nature is going to do what she wants.

Ralph Wince
Grain Merchandiser, Canfield (Region 5)
Good afternoon. The USDA monthly update is out and there is nothing earth shattering to report. The grain markets continue to keep the risk premium added in and today appears to be no different than what we have seen over the last few months. It looks like corn, beans, and wheat are going to close strong today. As we grow closer to the beginning of the planting window, weather will be at the forefront of the trades’ mind. If we have any hiccups from the start of the planting season all the way through the growing season, the market will be quick to react. We do not have a lot of room for problems this year. World supplies will be watched very closely over the next 12-18 months. That along with 40-year high inflation numbers have the funds participating at a higher level today and they can move this market very quickly in either direction. We continue to hear reports out of Ukraine that makes you wonder what they can really do to export any grain out of that country. Yesterday I read a report from Stone X that the rail cars that have been loaded in Ukraine and headed for Poland cannot cross the boarder into Poland. The rail tracks in Ukraine are 10 centimeters wider than they are in Poland and that they were having to jack the cars up to adjust the wheels. They said there are 1100 rail cars loaded with grain backed up in Ukraine waiting to cross the border. My final comments to you this week is this. The markets can move very fast these days in both the day and night trades. Keep some working orders out there even if they are high. You don’t know when the market might make a quick move. Have a good weekend!

Haylee VanScoy
Grain Merchandiser, Upper Sandusky (Region 2)
Another week of new highs in the corn market, as we see follow through from last week’s planting intention report. Today’s April WASDE report didn’t make any drastic changes that weren’t already anticipated, keeping prices elevated. USDA lowered corn feed estimates by 25 mil bu, but offset that by increasing ethanol the same amount. Brazil corn showed a 2 MMT increase in production to 116 MMT, while bean estimates were cut 2 MMT to 125 MMT, which was on par with expectations. US bean exports were increased by 25 mil bu, therefore further lowering carryout. May’s WASDE report will likely be the next big potential market mover as new crop estimates will be factored in at that point.

Aside from that, spring weather will continue to play a key role in the markets moving forward, especially as we keep a close eye on the Southern Plains and Delta to see how their planning progresses over the next couple weeks. I anticipate that we’ll see prices remain at elevated levels until we have more certainty that these crops get planted. The April forecast continues to be on the cool and wet side, so I’m curious to see how soil temps are going to improve and what groundwork is going to take place over the coming weeks here locally. I encourage you to review your grain sales prior to getting in the fields this spring and ensure that you are taking a proactive approach to your grain marketing versus a reactive approach. Please reach out to discuss opportunities, put in target offers, and develop a plan! We wish everyone a safe and successful planting season.