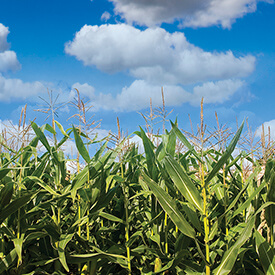 This week, we saw the USDA continue to show declining crop ratings. Ohio corn declined another two percentage points on the week, putting us 14 points lower than last year. Soybean conditions held consistent for the week and remain five points lower than last year. Last evening, StoneX came out with their September crop estimates and did in fact drop Ohio’s estimated corn yield to 185 bushels per acre down from 190 in their August estimate. Their soybean estimated yield was at 56 bushels per acre, consistent with the August report. Basis levels on the week continue to slide, especially corn. Southern harvest is continuing to gain momentum, and no one wants to be left holding inventory in this inverse. Soybeans have been steady, not surprisingly, as we are a few weeks away from any consistent harvest activity. Hope everyone enjoys the extended weekend It is hard to believe that the summer is pretty much over.


Lou Baughman
Grain Merchandiser - Kenton (Region 1)
The market is taking reversal action today after a few days of trending lower. Global recession fears continue to creep in, and global commodity demand becomes a worry. If recession sets in, look for demand to drive the market. Without demand, commodity prices could erode into a lower seasonal harvest pressure type of environment.

StoneX came out with their production estimates, and they were much better on corn than Pro Farmer (173.2 vs 168.1). Beans were initially the same (51.8 vs. 51.7). The USDA will be out with their estimates on the September 12. The markets will be closed Monday and will reopen Monday night at 8pm EDT. Enjoy your weekend.

Can’t believe it’s September already! Where has the year gone? I’m sure we’ll start to see a few loads of early beans coming in within the next 2-3 weeks, as they are starting to turn. The Upper Sandusky bin project is continuing to make progress with the concrete foundation having been poured over the last 2 weeks and getting ready to start putting up structural components.

Markets are making a slight recovery today after a week of profit-taking due to month end and harvest seasonality starting to settle in. StoneX came out with their September crop survey results yesterday and we saw a 2.8 bpa drop in corn yield from August 176 to 173.2 bpa. Increases in corn yield were seen in IL, MI, MN, ND, and OH, but most states saw significant decreases. Beans however, saw a slight increase from 51.3 to 51.8 bpa. Bean yields improved in all surveyed states except KS, NE, and SD which have continued to be 3 of the most struggling states in the western US. It will be interesting to see how USDA responds to yield estimates on the September 12th WASDE. Reminder that markets will be closed on Monday for Labor Day. Lots to look forward to on this holiday weekend. Please be safe out there! Good luck to Hancock County Fair Exhibitors this week, Hardin County next week, and Wyandot County the following week! Don’t forget that Ohio State football is back tomorrow night against Notre Dame. Go Buckeyes!