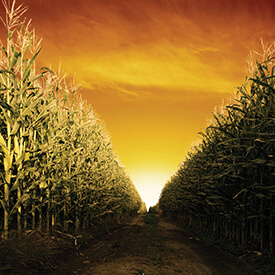 Ed Nienaber
Vice President, Grain Division
This week grain prices traded steady-to-higher for the better part of the week. However, once the federal reserve raised interest rates another 0.75%, all commodities have traded lower. Our dollar, verses foreign currencies, has reached levels we have not seen in over a decade. This will add pressure to export demand. This, in addition to excellent harvest weather conditions in the coming week, has corn currently down fifteen and beans down thirty cents on the day. The basis is still showing a premium for nearby deliveries on both corn and beans, but this will evaporate as new crop harvesting begins. The USDA will be releasing final grain stock in all position report on Friday, September 30 for 2022 crop year. The market will be anticipating early yield reports as the combines hit the fields in the Midwest. StoneX will be updating in early October and the USDA will be releasing a new round of supply/demand numbers on October 12. It was great visiting with customers this week at the Farm Science Review. Mother nature reminded us that we live in Ohio with high temperatures in the 90’s one day and 60’s the next. Welcome to fall and harvest 2022. Please continue to be safe and have a great week.

Wes Bahan
Director of Grain Purchasing
Good afternoon. Hope you all had a chance to attend the Farm Science Review this week. I was there yesterday, and there was a good turnout. The weather sure did take a drastic change from hot and muggy to cool and crisp all in a 12-hour period. It sure felt like the beginning of fall this morning. This week, the fed chair raised interest rates another .75 percent, which sent the dollar index screaming higher. Will this continue to cause more macroeconomic issues down the line? It sure feels that way, especially given the hints about two more increases before year’s end. Basis levels remained steady on the week, but I would look for everyone to be at an all-fall number coming in next week. Harvest is beginning to gain more strength daily and it looks to be in full swing by mid next week. I know this is short as I am out of time.

Lou Baughman
Grain Origination, Kenton (Region 1)
Early beans have started to roll in. They are dry and a nice sized bean. All have been very pleased with the yield and hope the later varieties have the same productivity. It looks like we will have a pretty good window for getting beans rolling with only a chance of rain here and there.

The markets will have the seasonal harvest pressure, along with the US dollar pushing the export demand lower. You risk will be elevated if you are waiting to price fall-delivered grain.

Have a safe harvest.

Welcome to the last half of February already. It’s been a volatile week in all markets with on-again, off-again tensions of a Russian invasion of Ukraine. Grains are in the green to end the week and we are higher than we were a week ago, even if only a nickel on corn. Soybeans are up 15+ cents on the week. There are no markets on Monday due to Presidents’ Day. They will resume with the overnight trade at 8 pm Monday evening.

Export sales for this time of year are remaining strong. US Gulf soybean bids continue to be cheaper than Brazil for April forward, an unusual occurrence as they will be finishing harvest in South America then. Yesterday’s export sales report showed 50 million bushels of old crop soybeans sold last week, compared to the five-year average for the same week of 20.5 million.

We’ve seen a good bit of grain movement to our elevators with the warmer temps and clearer roads, but the rain halted that yesterday. There’s more rain in the forecast for the first of next week, with some measurable snow possible at the end of the week.

Many of you in regions 3 and 4 (Logan, Champaign, Clark, Madison, Union, Delaware counties) should have recently received a postcard invitation to a Grain Market Outlook Meeting on March 1st in Plain City. Please RSVP to your local elevator or email me at lwarne@heritagecooperative.com by Wednesday, February 23rd. Have a great weekend!

Haylee VanScoy
Grain Merchandiser, Upper Sandusky (Region 2)
It was great to see some of you on Wednesday at Farm Science Review! Hope everyone enjoyed the good weather this year and are ready to roll into harvest. Over the last week, I’ve done quite a bit of traveling from the Upper Sandusky region all the way south to the Ohio River. Not a lot of activity this week yet, but there were many fields that look to be ready within the next week or two.

As for the markets, it’s been a rough end to the week. A high US dollar, lack of export demand, and ongoing geopolitical tensions have been contributing factors. Today, Russia is voting on their referendums to annex 4 eastern regions of Ukraine. If the votes go in favor of annexation, this could further impact the ability to export grain out of Ukraine. It was estimated that before the war, total grain storage in Ukraine was around 58 MMT and it’s been reported that 8 MMT of elevator capacity has been lost since the start of the war, so it will be interesting to see how the wheat market responds moving forward into 2023. For now, we will focus on corn and beans here in the US as harvest is upon us.  Wishing you all a safe and successful harvest!

Lisa Warne
Grain Merchandiser, Mechanicsburg (Region 3)
Welcome to soybean harvest! Here at Mechanicsburg, we’ve seen soybeans from about fifteen customers already. The soybeans have been mature and dry, plus early yields sound promising near 60 bushels per acre. As harvest begins around the area, be sure to download and sign-in to our app for notifications or sign up for text messages to be informed of extended hours.

The grain markets were mostly having a positive week until today’s losses. The surging U.S. Dollar Index to new 20-year highs is weighing on commodities as well as all macroeconomic markets today. Concerns of inflation across the globe has markets worried, but it is strengthening the dollar against other currencies. At the noon hour today, corn is down three cents from last Friday. Soybean futures are down about 17 cents, and next July wheat is up a dime on the week due to a likely escalation of war from Russia in the Black Sea region.

I’m pleased to let you know I have accepted the Region 4 grain buyer position at our Marysville Ag Campus (MAC). It will be a slow transition to me being there permanently though, as we do not want to leave Mechanicsburg short-handed during harvest. If you are a Marysville, Derby, or Richwood customer and would like to discuss the grain markets or contract grain, for now please call me at Mechanicsburg at 937-834-2416. I look forward to meeting those of you that I have not already met and getting to work with more of you on a regular basis. Have a great weekend and we’ll see you across the scales soon!

Ralh Wince
Grain Merchandiser, Canfield (Region 5)
Good afternoon. The grain markets are under pressure today. The U.S. dollar continues to surge higher, and we are now at a 20+ year high. That continues to hold pressure against all commodities. It is very hard right now for the markets to hold onto any rally even though our carry outs on corn and beans continue to be tight. The headwinds of the dollar and the continued concern of not only the U.S. facing a possible recession but the world possibly facing a recession continues to hold pressure on the markets. In the end, fundamentals will win out, but you can see that the markets are on edge about a possible slow down on demand.

We still have concerns over the Russia and Ukraine war. Putin continues to talk about the safe passage in the Black Sea and continues to threaten to close it back off. Only time will tell on that but that is an ongoing threat in that region. The other thing happening in Ukraine right now is the planting of the winter wheat crop that will be harvested next summer. It appears that acreage to be planted will be much lower than normal because of the war. That could have a longer term impact as we move ahead. We will have to wait and see.

Fall harvest is slowly starting to happen here in NE Ohio. We have seen a few beans and a little corn at a couple of locations. It’s too soon to talk about what yields look like. It appears that we will be less than last year, but the crop still has good potential. Have a wonderful weekend!